UK manufacturing in the doldrums after shock decline 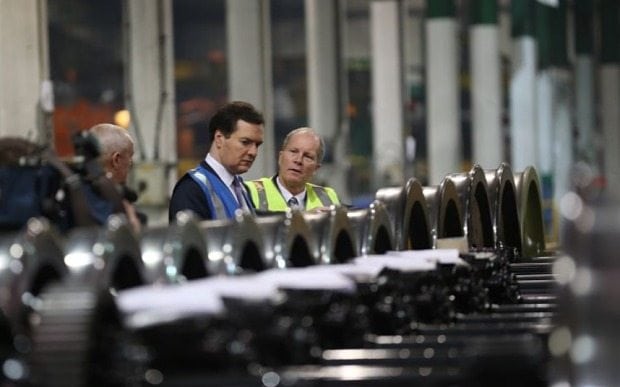 UK manufacturing suffered a shock decline in July, in a sign that Britain’s recovery is slowing against a backdrop of global uncertainty.

The decline at Britain’s factories came as goods exports fell to the lowest level in almost five years in July, as economists said there were early indications that a slowdown in emerging markets was hitting UK exports and British manufacturing.

UK Manufacturing output fell by 0.8pc in July compared with June, according to the Office for National Statistics (ONS).

This was well below economists’ estimates for a slight rise of 0.2pc, and represents the steepest decline since May 2014. In the year to July, UK manufacturing output fell by 0.5pc – the first time annual growth has slipped into negative territory in two years.

The decline dragged down overall industrial production in the manufacturing industry, which fell by 0.4pc compared with the previous month.

The ONS said  UK manufacturing, which accounts for around 10pc of UK output, was the only main sector to report a decline over the period, sending the pound down by three quarters of a cent against the dollar and half a cent against the euro in early trading.

How does this look for manufacturing in general?

The National Institute of Economic and Social Research (NIESR) now estimates the economy grew by 0.5pc in the three months to August, making it likely that growth between July and September will be below the 0.7pc expansion seen in the second quarter of 2015.

What has caused the Decline?

Britain’s statistics office said three quarters of the fall in exports was driven by a decline in non-EU trade. Michael Saunders, chief UK economist at Citi, highlighted that overall exports to emerging markets fell 18pc in July compared with June, which represents the fourth largest monthly drop in the past decade.

“This slide may be erratic as the data can be volatile from month to month, but also may be an early sign that the emerging market slowdown is hitting UK exports,” he said.

You might also like to read about the previous blog on Hard Wearing, Quick Drying Cementitious Pump Screeds

I'm fine with this

We use cookies to give you the best online experience.

Please let us know if you agree to all of these cookies.

Some of the cookies we use are essential for the site to work.

To control third party cookies, you can also adjust your browser settings.